In 2019, the construction equipment market was worth USD 129.32 billion on a global level. With the growing demand worldwide, international heavy equipment shipping is increasing to keep pace with the demand and is expected to increase significantly over the next decade. However, countries of one part of the globe are more likely to source their construction equipment from overseas than others.

Developing countries in Middle-eastern and Africa are such parts of the world that are only just beginning to develop their infrastructure. Hence, the highest demand for construction materials and equipment comes from them. Many areas in The Kingdom of Saudi Arabia (KSA) and the United Arab Emirates (UAE), and several previously underdeveloped African countries are currently transforming.

The rapidly developing countries of the Middle East and Africa are witnessing increasing commercial, industrial, and residential construction. The growing demand for construction equipment for these projects is predominantly catered to by global suppliers.

The construction equipment shipping containers carry to these places is sourced from developed countries like the USA for two main reasons: the first reason is international investments that boost the global market. The second reason is much simpler; the countries that are just beginning to develop lack the new technological advancements of an already developed nation. A company shipping from USA to Middle East can supply better equipment than what they can source locally.

The construction equipment imported from the USA will be more fuel and time-efficient and require lesser labour and operational costs due to more features. Thus, making it a better choice. Although shipping heavy equipment overseas can be a challenge, making it imperative that the right people handle it.

The following is an overview of the Middle-East and Africa Construction Equipment Market and its key trends.

An Overview of The Market

The Middle East and African Construction Equipment Market are on the rise. However, the growth has ceased due to the global pandemic and subsequent lockdowns. Nevertheless, the basic facts about the market's position remain the same. Infrastructural plans drive the growth of the construction equipment market. They include residential, commercial, and industrial construction, as well as the construction of roads.

The new-age projects require advanced equipment that is capable of executing the mammoth modern plans. The projects also call for more energy-efficient equipment as it is both more cost-efficient and in line with the sustainable development goals.

Along with energy efficiency, the new needs for construction equipment canter around technological advancement. The equipment can significantly reduce labor costs by taking over as much of the construction process as is possible. Employing machines instead of manual labor is a proven faster, cheaper, and overall better alternative as the results are uniform and meticulous.

The regions of the Middle East and Africa have seen considerable market growth in recent years. Data suggests that this growth will continue and extend to the construction industry. As mentioned above, the construction demands in these areas are increasing, and developed nations cater to them. The USA, for instance, is shipping equipment to Africa for these construction activities.

Furthermore, overseas shipping fulfils the requirement by shipping equipment to UAE for its latest and upcoming projects. For example, the futuristic infrastructural growth plan for Abu Dhabi: the Abu Dhabi Vision 2030. Another such plan is the Dubai Plan 2021. Although UAE is a little ahead in the race because of Dubai, it still has some distance to cover and will thus remain a key player.

Saudi Arabia, United Arab Emirates, Oman, and Egypt, are the major contributors to the growing construction industry. All of them have initiated projects for mega-cities, tourist attractions like parks and other recreational centers, hotels, luxury resorts, roads, bridges, residential properties, airports, harbors, railways, and more.

All these industrial, commercial, residential, public, private, and mixed-use properties drive the growing construction market. Some examples of these projects are the Khazaen Economic City in Oman, a huge public-private partnership project, and the Etihad Rail project across the eastern coast of the UAE, etc.

Up until quite recently, the Saudi Arabian economy has been predominantly dependent on crude oil exports. In an attempt to decrease this dependency, the government of Saudi Arabia is now investing its economic resources into widening the scope of tourism in the country. Since this diversification is only the beginning of their plan for infrastructural development, they mostly rely on the USA and other developed nations for shipping equipment to KSA.

However, this is just the beginning. The coming years will see exponential demand for construction equipment in the KSA. Equipment like loaders, excavators, backhoes, and cranes will be in high demand as the government has set major construction goals for the next decade.

The plans include the construction of an entertainment city theme parks, resorts, hotels, and residential units, named Al-Qiddiya Entertainment City. The estimated budget of this project is USD 500 billion. Another example is the development of a mega-city named Neom with the same estimated yield. Both the projects are expected to be futuristic marvels, with the latter even being powered by only renewable sources of energy.

The bottom line is that the Middle East and African Construction Equipment Market is growing and is set to continue on the same path for the next decade, at least. The growth means a wide scope for overseas shipping companies, whether with ocean freight shipping, or by a roro shipping company, or by any other means.

We guarantee the quality of our work and the way we do things. You can trust our equipment transportation firm. Oversize trucking, oversize load tracking, and haul trucking are our specialties. We move your machinery safely using big haul brokers and high-duty moving equipment. 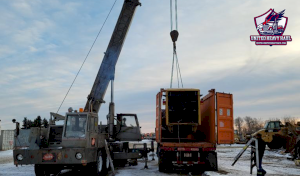 We provide an integrated approach to heavy equipment international shipping, prepare and execute your global shipments based on your requirments. 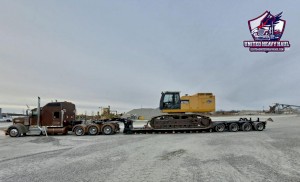 Oversized Equipment Shipping in all 50 States

Oversized trucking services to get your job handled securely, and delivered on-time. An equipment shipping company that’s reliable & hard working as you are. 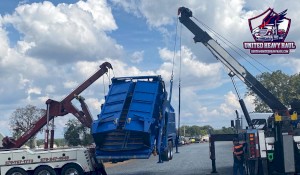 We can manage the safe lifting of your cargo anywhere in the United States. We provide lifting or engineered for your heavy lift and heavy hauling needs. 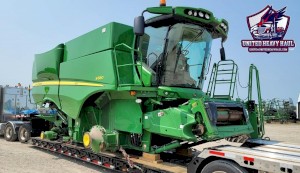 We offer reliable farming equipment trucking and agriculture equipment hauling service to farming operations in all over United States.